You are here:
HISTORY 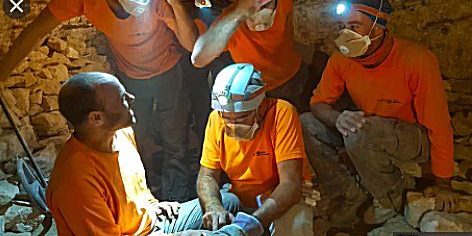 For the first time in six decades, Israeli researchers have uncovered additional fragments of the Dead Sea Scrolls that date back nearly two millennia. The discovery, which was made in the vicinity of the Dead Sea about 25 miles south of Jerusalem, involved the dangerous exploration of a cave by the Israel Antiquities Authority. It was part of a four-year project to secure ancient artifacts against looters.

Quote: “The desert team showed exceptional courage, dedication and devotion to purpose, rappelling down to caves located between heaven and earth,” said Israel Hasson, the departing director of the Israel Antiquities Authority, which is the custodian of some 15,000 fragments of the scrolls. He added in a statement that their work in the caves involved “digging and sifting through them, enduring thick and suffocating dust, and returning with gifts of immeasurable worth for mankind”

Learn more about the Dead Sea Scrolls on Wikipedia. ►

Visit our other websites…

Other Items in This Category

The Maccabean Revolt: Seven-Year Rebellion Against the Mighty Seleucid Empire and Hellenization of the Jews
May 17, 2021

If you haven’t already
signed up, there’s no better
time than NOW!

We thank our supporters
for their generosity.
See the people and entities
helping to make
this site possible.

Test your knowledge by answering these questions…1. How many Jews lost their lives in
Israel’s War of Independence?
a. More than 4,000
b. More than 5,000
c. More than 6,000
d. More than 7,000 2. What was the first country to
recognize Israel following its
declaration of independence?
a. United States
b. USSR
c. Great Britain
d. France

Given the current situation between Israel and the Palestinians, we think it would be highly inappropriate to include a FUN QUIZ in this edition of AmazingIsraelis.org. Instead, we’re offering a few observations below. In the near future, we’ll publish a Special Update about the unfolding crisis taking place.

There is a depressing familiarity and predictability about recent events… déjà vu all over again. Hamas and other terrorist groups in the Gaza Strip launch multitudes of rockets toward civilians in Israel — plus incendiary balloons at Israeli crops, not to mention bomb, gun, and knife attacks.

Israel eventually retaliates and — despite its best efforts to reduce the number of civilian casualties (“roof knocking” on buildings slated for bombing, for example) — many innocent Palestinians, including women and children, are killed.

There is widespread devastation — graphic images of which the terrorists love to parade before the world, all the better to point the finger at Israel and shirk any responsibility.

Invariably, the world demonizes and excoriates the Jewish state, conveniently ignoring what led up to the carnage in the first place. It becomes a sick numbers game: “Hundreds of Palestinians have been killed but only 31 Israelis.” Which to many observers means Israelis are the bad guys.

Then things pretty much go back to where they were until the next round. It doesn’t appear to occur to Palestinians in Gaza that Hamas and other organizations of its ilk have brought them nothing but death and destruction. And even if it does occur to some, they’re threatened into remaining silent, powerless to make a change.

The official, oft-stated goal of the terrorist organizations — the total destruction of Israel and expulsion (or worse) of Israeli Jews — offers no path to compromise, coexistence, reconciliation, and peace. One can only hope the cycle does not repeat itself again this time.

Since 2014, he has served as the President of the State of Israel. He is a member of the Likud Party. He argues for a Greater Israel that would embrace all people and give the Palestinians of the West Bank and Gaza full Israeli citizenship. Thus, he supports the one-state solution to the Israeli–Palestinian conflict. He is also a strong supporter of minority rights, particularly for Arab Israelis. He is fluent in Arabic.

Can you name that Israeli? 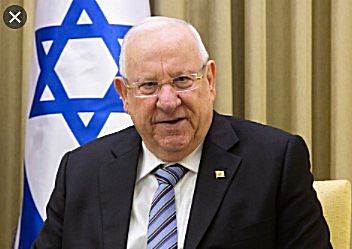